In a world of rapid innovation, corporations are inherently bad at adapting to these changes. Poor cross company communication and internal bureaucracy are often cited as the excuses for a failure to innovate. As Jack Welch, former CEO and chairman of General Electric, famously said in 1995, “If the rate of change on the outside exceeds the rate of change on the inside, the end is near.”

For many corporations that time is now.

However, I believe we are seeing a shift in corporate culture and a willingness to change, led by a new wave of corporate venture capital funds. Some forward thinking enterprises are leading the way on strategic innovation by making bets on the future.

Adjusting to the speed of innovation

Technology is evolving faster than ever before and large corporations are not blind to these facts. Corporate venture capital has seen 38% growth between 2010 and 2013, while corporate incubators are more prevalent now than they have ever been. New methods of fast tracking innovations are being tested on multiple fronts, across industry sectors. Most importantly, we are seeing a fostering of entrepreneurship and an acceptance that the old way of doing things won’t cut it in a world where a startup can displace an entire industry out of nowhere. Witness Uber and the taxi industry. 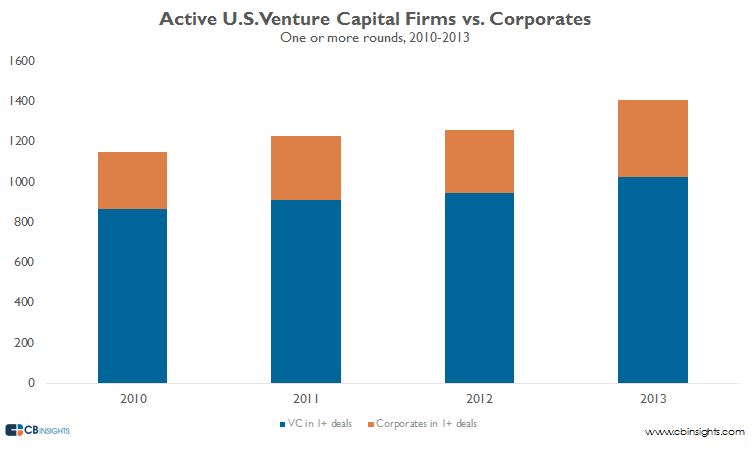 According to a report by The Boston Consulting Group, corporate venture capital is in its fourth iteration and a potential “Blue Ocean” opportunity as recent activity has shown that CVC is expanding beyond pharmaceutical and tech and beyond the United States and Europe. Those who succeed in the field will need to span the roles of investor and corporate innovator. In many cases, the ultimate goal is not strictly ROI, as in many traditional venture capital funds, but more of a strategic learning. Can an equity investment in an innovative startup change the way a global corporation acts? And furthermore, do investments in external innovations accelerate internal innovations and can the two cross pollinate?

Previous iterations of Corporate VC’s were too strictly focused on investing in immediate needs as opposed to investing in the future of the industry. Where once having a cohort of internal sponsors was necessary to force an investment through, we are now seeing Corporate VC’s act more independently, with their eyes on the future and as a strategic tool for business longevity. Looking even further into the future one could see the role encapsulating, not just external innovations but internal innovations as well. A team comprised of investors, engineers, and operators who have the capability to leverage the nimbleness of startups to create better products internally.

Two of the most prominent examples of corporate investors doing this are Intel Capital and Qualcomm Ventures. These two funds have established the precedent that most new funds are following, including our own. Some of their success stories are highlighted below:

Qualcomm Ventures has been a leader at merging high quality investments with strategic intent, having invested in 3 billion dollar exits over the past 3 years. In their own words

“As a corporate VC, we can simply bring more to the table. From our experience in mobile technology, industry insights and technical guidance, to access to key partners within the rapidly changing wireless ecosystem, we leverage our know-how to help bring breakthrough ideas to market.”

More importantly these companies are creating demand for the technology that Qualcomm produces. The returns are incredible but the demand for mobile tech generated by these successful investments is priceless.

Intel Capital, who has survived through the dot com bubble that claimed many corporate VC’s of the 90’s, has proven its value over time. In 2013, Intel Capital saw more exits than any other VC, topping well known players such as Sequoia Capital, Google Ventures, and Greylock Partners. More impressively these investments have injected more than US$11 billion in over 1,370 companies in 56 countries, accelerating markets that Intel needs to thrive in the coming decades. 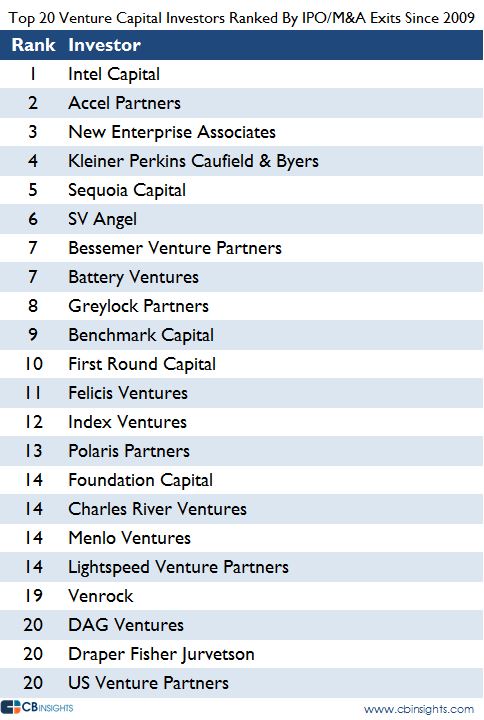 Most new funds are now following in their footsteps and focusing less on immediate needs and more on the future of the industry. Which startups are going to enhance my industry in the next 5 years? Simon Venture Group is a great example of a new fund who understands these dynamics.

Simon Property Group, a global retail real-estate operator recently launched a corporate venture arm with the intent to invest in retail innovation. By investing in companies that will enhance the shopping experience they are inherently strengthening the market in which they operate. “The real value of a corporate venture group to the company comes from focusing on both directly strategic and indirectly strategic opportunities.” J. Skyler Fernandes, Managing Director of Simon Venture Group, “If you focus only on what’s directly strategic you’ll become closer to an R&D group or pure business development group, which is too niche focused and only looking at the next 1yr of operations, it doesn’t usually produce real innovation (which takes longer). If you focus on what’s indirectly strategic now, it could become very strategic in the future as markets evolve. That’s often where the “real” innovation happens.”

Corporate venture capital has taken the appropriate shift from those from previous iterations and is setting a new precedent for innovation. By investing in the future, corporations are able to proactively compete by leveraging new technologies and market forces. Those who fail to do so are doomed to fall prey to a reactive cycle of low margins and decreasing market size. 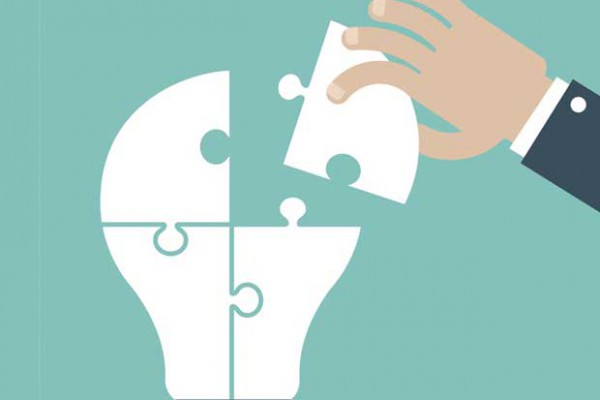